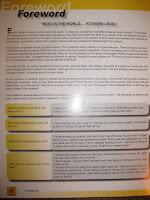 Another nice day in Kelowna. Only a few days of rain this summer. There are still forest fires burning in B.C. though. It is very dry in the forests.

The fore word of the Aim 2 win Document was written by Mark Sharp. He was the coach of Allison Forsythe. He was hires by Alpine Canada as the National Development Director. The Goal of Alpine Canada is to be the best at every level in Alpine ski racing. Something every Nation strives to be.

Mark has interviewed some successful racers and coaches. All said that lots of time on snow is a large piece of the puzzle. Ante Kostelic and Anders Pearson said the same things The kids skied almost everyday, but also played other sports in the off season. Gymnastics, soccer, swimming, etc... The goal was to be a all round athlete, ski, ski, ski, ski, and have fun!!!!!!!!!!!!

The Kostelic kids from ages 9 to 12 skied around willow branches 1000 turns per day! That was 5 to 6 thousand turns per week for 3 years. Their father did change the course often so the kids had to adapt.

The key lots of time skiing and having fun doing it.